Money is for Spending 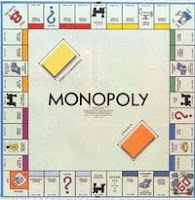 A little girl, a precocious child, sat in a hard chair while her mother brushed her hair from behind.

“So he’s getting a raise,” she continued the conversation with her sister.

“Good for you, I wish Chuck would get a raise soon,” said the aunt.

“Doesn’t he get cost of living raises?”

“Yes, but not until the end of the year.”

“You make me pull when you wiggle,” she scolded the girl, then continued with her sister, “Well, you’ll have more then. We’ll be able to do so much more with the money.”

“It won’t be more by the time you get it,” said the girl of five years.

“What are you talking about?” the mother demanded.

“The money,” she replied.

“She thinks she’s so smart, this one,” she said to her sister, as she biffed the back of the little girl’s head.

“What about the money?” asked the aunt.

“You should only get more money when you do more or do it better,” said the girl, “because it’s not really more money.”

“It’s not a game, and you need to keep your mouth shut!” the mother yelled and sent the child to her room.

After the aunt left, the mother came into the girl’s room. The mother said, “It’s for your own good. You need to learn to not be so smart.” Then she spanked the girl until the girl’s face felt hot.

But the girl didn’t cry because she knew she was correct. She decided she’d keep the answer to the game to herself until it was time for a change or forever, whichever happened first.
Posted by Kate OMara at 10:35 PM