3 Steps to a Successful Challenge 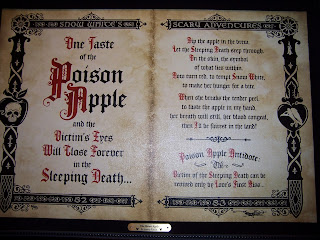 To avoid the sleeping death known as writer's block, writers training for challenge need to prepare themselves for the journey ahead. For the challenge veteran, I offer comradery;   for the newbie, a few preparation points to consider or adapt if you find them useful.

1)   Time
Challenges take time, and usually more time than you think. Be sure to schedule time needed for the added writing work and a little extra time for comment review and response.

2)  Plan
While a month of posts may not seem like much but come mid-month when life becomes chaotic (because life always becomes chaotic mid-project) you’ll be glad you have outlined your thoughts to get you through. Set goals within reason, if you have a full-time commitment to work, school or home, realize that to meet the challenge you may have some hard choices to make over the next month.

3)  Write
The difference between a writer and a want-to-be writer is writing. Just do it. When you’re done, you’ll be glad you did. And A-to-Z offers a badge to the writers who make it to Z.  http://www.a-to-zchallenge.com

P. S.
Remember to check spelling and grammar because lurking among any group of writers are grammarians, editors & curmudgeons.

Also connect with me at: https://www.facebook.com/kathleenomarawrites

How Algebra Ruined the World Economy

Anyone paying even a little attention knows world economics is somewhere between shambles to devastating depending upon your location and economic status. Historically, what has changed is the fundamental base of international economic understanding. When economies went from tangible to intangible, from riches and product to computer numbers, there was also a fundamental change in computations.

Banking and corporate computations in the past were ledgers of basically addition and subtraction. Values placed on items calculated for their value based on raw material + labor + availability/demand + transportation + profit customarily ranging between 1-10%.

Merchant Companies made their money with a profit which showed an ebb & flow across the world that remained less than five percent for centuries.  From the commencement of the industrial revolution and the stock exchanges it could be said that economic growth expanded exponentially. The most recent change happened with the 1973 introduction of algebra into economics by Black & Scholes.

Just like theoretical mathematics has no practical application, the Black Scholes equation turns a minus into a plus. The unbelievable part is that when applied to economics the equation can turn multi-million dollar losses into stock option plus.  The equation was recently used on a $60 Million Dollar loss to turn it into a $28 Million Dollar Profit, well, on paper anyway.

Here’s a portion of the calculation:

Is this really good for business? It depends upon where you are in the business. The derivation calculation covers the fact that the stock is tanking. Options given to early investors are propped up through financial algebra to entice additional investment. The continued investment gives the financially strapped company an influx of money to pay down debt, providing an opportunity to turn things around.

However, the likelihood that there will be enough investment and the will of the executives to change the direction of the company from a cash drain to a cash cow is slim. The truth is that once a company travels into the world of Black Scholes accounting devastatingly large bankruptcy is virtually inevitable.

Obviously, algebra & economics don’t mix, why do it? The answer is time. Nebulous accounting strategies allow early investors to get out of the investment or at least to mitigate their losses. It allows time for patents and assets to be sold. With that time, the company is allowed to fade away from public scrutiny before it crashes into oblivion.

In the end, basic bookkeeping with endless columns of pluses & minuses remains the only way to keep the economy headed in the right direction:  Raw material + labor + overhead + 10%.
Posted by Kate OMara at 6:58 PM 2 comments:

Mad As a Hatter 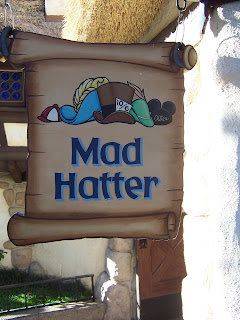 A booming trade in the 18th century, hat makers exported American hats to Europe creating black on the balance sheet with many trading countries including England. Often the second or winter trade for many tradesmen during slow times, America was the perfect place for hat makers. The wide spaces full of natural resources offered plenty of water and an abundance of animal pelts.

By the late 18th - early 19th century, with the increasing demands and the influence of industrialization, hat makers produced millions of hats per year. The once small industry or secondary trade became a full vocation for many young men and women.

Hatters not only shaped the hats but prepped the materials used to create the hats. In particular, the preparation of the animal skin & fur involved a washing process which used a mercury solution which was orange in color. The furs were boiled several times, exposing the hatters to toxic fumes. Once the fur was separated from the skin, it was matted together to make felt.

The toxic fumes and mercury absorption through the skin, poisoned the hatters nervous systems. Common signs of mercury poisoning were red fingers, toes and cheeks. Behavioral effects included drooling, confusion, trembling and muscle twitching. Once the signs began to show, death from the mercury poisoning was inevitable. 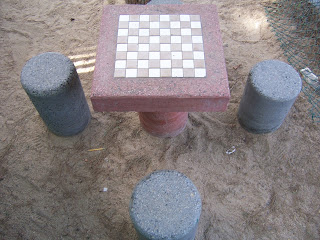 Board games date back to ancient times with forms of chess and checker numbering among the oldest games played from the ancient world until today.

Checkers dates to the 12th century. The game evolved from the English game 'Draughts' and the French game 'Alquerque'.

Benefits of board games
Synopsis

Checkers basic rules set opposing the pieces on the same color board squares in two rows. Alternating turns, players move pieces forward on similarly open spaces. A player must jump and take a piece when an open spot exists beyond the opponents piece. Pieces move in one direction. Reaching the far side, a piece is crowned creating a two piece stack. The 'king' may then move forward or backward on the board. Last player with pieces on the board wins.