Part goes to Girl with Costume 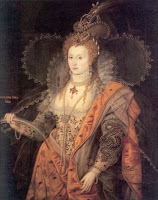 As a small child, many of us experience time on stage in school productions, choir or award ceremonies. I participated in these activities and enjoyed them.

I looked and felt like the good witch, Glinda, in the Wizard of Oz, but the fairy version of course. The gown was made from one of my mother’s old dresses and embellished with sequins and ruffles. The wings were draped with gauze. My wand was caked with sparkly glitter that flew through the air anytime I waved it. It was magical.

The experience was profound for this ham-bone. The rest of the school year I was a fairy, floating around the play ground granting wishes, permission to use the restroom or go to the water fountain. The authority’s reprimand for overstepping my bounds is another story.

As much as I’m sure I was right for the part, that my acting ability surpassed the majority of my class, the truth about that part was that I had a costume. Well, I said I had a costume.

I showed my mother the note given by my teacher requiring the costume in a few weeks for dressed rehearsals. She said no. True to form, when my dad got home, I told him that I really wanted to be the fairy godmother. He asked my mother to take some time away from my toddler sisters to make a costume. She did. And all was right in my world.

I got the part.

This memory hadn’t come to mind until today when skimming through the audition announcements I found:

Female, British accent, must own a costume worn by the British Queen.

So the truth about the theater remains: The part goes to the person with the costume.
Posted by Kate OMara at 8:55 AM No comments: 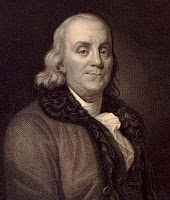 Benjamin Franklin, the great philosopher, inventor and American patriot would likely develop a new vision to encourage and maintain the tradition of the post office and yet, conform or most probably exceed the demand for cost effective, customer service.

Mandated by Congress to serve every person with an address in the Union, the United States Post Office has through mismanagement after the privatization during the 1980s managed its way into a money-pit. Core service-first values were lost in bids to compete with retailers for collectables. Coloring books and other give-away items cost the Post Office millions of dollars in a bizarre bid to entice customers to use the service: the only standard letter service available.

Still, USPS operates better than most corporations with local delivery in one to two days. Other services require a week or more for to the door service.

Certainly, in a bid to look customer friendly, corporations would like the USPS to just go away. The fact that they encourage customers to receive email or online statements instead of printing saves them millions. Customers are left to download and print statements using printer, ink and paper. The cost cutting adds to bottom line profit of the corporation but increases costs to customers. Having USPS makes the large corporations look as cheap as they are providing substandard service to their revenue stream.

USPS could develop an innovative way to decrease cost to the citizens and provide better service. Perhaps, cease to offer volume discounts to the corporations who seek its demise.

In line with his historical personality, Ben Franklin would be pleased to find his post office providing 21st century service beating the battle of the powers that be (in his time, the monarchy – in our time, the corporations) to provide communication between the citizenry at a reasonable cost for the service.

Our forefathers were greatly independent of authority promoting the common good for citizenry as a priority. They were cautious of large organizations, even their own government with a recommendation for a complete overhaul, not just revision, every 20 years. Traditional organizations such as the Post Office were mandated to meet the needs of the people of the Nation which was why it was (until the 1980s), subsidized by the government.

United States Postal Service, Success or Failure…only the future will tell.
Posted by Kate OMara at 2:21 PM No comments: 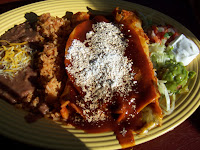 Attracting customers to a new restaurant takes more than just good food. Everything counts: food, service, location, parking, atmosphere and marketing. Marketing is more important than ever. If people don’t know about a restaurant, how can they get there?

The savvy restauranteur or manager knows that marketing is increasingly more important. The more people talk (or tweet) about the restaurant, the more will walk through the door. Word of mouth is very important to keep patrons coming back but how does a restaurant start to get the word out?

New restaurants have an added challenge of getting all their information to their perspective clientele. If the restaurant is new, how do the restaurant owner and manager get reviewed, develop excitement and create the thriving business? The answer is branding.

Branding experts work to increase the number of “views” on websites and advertisements. Increasing the number of times a restaurant is mentioned directly effects the number of customers. Including good reviews in a marketing campaign or on websites for restaurants is more important than ever. People do take the time to scroll through reviews to find out about the food and the service.

Step One: Get people to notice the restaurant
Step Two: Create excitement for the dining experience
Step Three: Provide such an excellent experience that customers consider it an event!

Consider all online branding to be the 21st century equivalent to signs and balloons of the last century.

Thank customers by giving them something extra. Thank your branding expert for increasing your exposure. And thank yourself for understanding it takes a team to create an excellent dining experience.
Posted by Kate OMara at 11:11 AM No comments:

Shell Shock was first identified by an over activation of the startle reaction. There are three components to the set of symptoms: reactions, trouble sleeping and emotional disturbance.

In the first segment of symptoms, loud noises, quick motion and sudden bright lights may evoke an overreaction, jump or startled jerk. In the second segment, sleep disturbances may include an inability to fall asleep, nightmares or battle dreaming. In the third segment, irritability and snap anger can lead to unintended reactionary violence.

The term Shell Shock was first used by doctors to describe the intense symptoms of returning solders after the First World War in those that would otherwise be considered mentally stable.

Depending on the country and the particular war, the psychiatric community has referred to post-war emotional reactions in a variety of ways. The symptoms include all those described as Shell Shock but may include more symptomology and rate the degree of particular symptoms.

Russian doctors called the symptoms Traumatic Neurosis. They were among the first recognize the mental trauma resulting in autonomic responses to either traumatic combat or prolonged combat stressors.

The diagnosis of Combat Stress Reaction was popularized for military compensation claims after World War II included symptoms depression or melancholy as well as the jerking reflex. Many soldiers appeared to be deep in thought until startled from their mournful contemplation.

Another term for Shell Shock was Battle Fatigue added lethargy to the list of indicators. Returning soldiers with slowness of thought and reaction time (except when startled) as well as difficulty with prioritizing or creating a daily routine were diagnosed with this variant after World War II and other subsequent combat venues.

Since the Vietnam War ended, Post-traumatic Stress Disorder became the popular diagnoses for soldiers returning from combat. This diagnosis has undergone a redefinition to include anyone who has undergone a traumatic stress and exhibits enough of the symptoms to fit the category. For the purposes of military compensation claims Post-traumatic Stress Disorder has recently been given a particular time frame which limits the most intense symptoms for 90 – 120 day duration. After which the medical community has deemed the most appropriate term: Shell Shock.

It is not uncommon for returning soldiers to exhibit some symptoms of Shell Shock to a greater or lesser degree for the remainder of their lives. For this reasons military compensation claims should cover the cost treatment and provide the income to reduce daily stress so the soldiers have the time required to recover from their honorable, yet traumatic service.

Shell Shock by any other name includes an intense jump or jerk reaction to what would otherwise be common movements, sounds or lights within daily living. The added stress and anxiety creates a physical, involuntary reaction activating the fight or flight response which in all likelihood saved their lives in battle but creates social difficulties in civilian life.

If someone you know suffers from Shell Shock, there is an increased chance their diagnosis will be termed PTSD or Depression. With corrective therapy it is possible to overcome many of the symptoms and return to a functioning member of society.


** Thanks to the National Archive for the Photo of WWI soldiers crossing a bridge (c) 1918. http://www.archives.gov/
Posted by Kate OMara at 2:40 PM 1 comment: