Once upon a time, there was a little boy who was very precocious. Rarely, did he sit still, he was very curious indeed. He loved to learn new things. He laughed at the way the water bounced on the sidewalk. He danced with the butterflies and bees. He talked to his dog about the beautiful sky. And sometimes, he brought flowers home to his grandmamma.

At the age of three, he started writing. He learned to write his name. He wrote his name everywhere, even on the wall which wasn’t a good thing, but he did spell it correctly. He read everything with words: junk mail, signs and cereal boxes.

One day he discovered there was a place where he could learn more. He could learn about math and writing and the wonders of the world. He was very excited about this new place of wonder. It was a place called school.

Finally, the day came, the little boy was very excited about learning even more things about the world; he was excited to go to school.

When he arrived, he was told to sit in a chair and not to move until the bell rang. Luckily, he sat near a window so he looked out to the world. When the teacher noticed he was gazing out the window, the little boy was given a note for his parents that said he wasn’t paying attention.

The next day, he was given a new seat in the middle of the class. By now the other children noticed he was a problem child, so they teased him and pushed him and pulled on his hair. He yelled at the mean kids and hit them back. When the teacher noticed, he was given a note that said he didn’t know how to get along with others.

The next day, he thought he would bring flowers to his teacher. He didn’t understand why he was the only child given a note each day, but he sensed it wasn’t good. As he walked to school he saw a variety of flowers, so he gathered one of each kind. There was a daisy and an iris, a lily and a rose.

He waited by the door for the teacher to show him to his seat, it had changed so many times he wasn’t sure where to sit. When the teacher approached, he held out the flowers. The teacher took them and placed the flowers on her desk. The teacher placed him in a chair in the corner facing the wall.

That afternoon, the teacher gave her a note that said he destroyed property and was not welcome at school until he learned how to behave.

That night, the little boy’s mother and father discussed what they should do with their little boy. They decided perhaps he wasn’t ready to behave like the other children. They liked him better laughing at the water bouncing, dancing with the butterflies and bringing flowers to his grandmamma.
Posted by Kate OMara at 1:12 PM No comments:

Have you eaten your Roses today?

Not only are roses beautiful but they contain significant amounts of vitamin C.

In the 19th century, small town doctors prescribe roses as a regular remedy. The apothecary rose was a frequent suggestion for home treatment of common ailments such as stomach disorder, diarrhea, constipation, gallbladder & kidney problems, gout, fever and exhaustion.

Long standing philosophical traditions find Rose garlands strewn around altars of Gods and Goddesses. The rose was one of the flowers which had cross culturally represented love and health throughout the World. Many are the brides who held roses in their bouquet as they entered into marriage with the well-wishes of life-long health and love.

It stands to reason that the ancients understood the relationship between the beautiful flower and its health giving properties. The flowers’ fragrance provides for a method of relaxation. The beauty and cultivation of the flower offers tranquility for all to behold. The internal properties of the flower, in the rose hip, offer to the health practitioner a potent and reliable source of immunity boosting properties.

The following is a brief review of the versatility of the Rose.

Rose hips in vitamin form offers an extra boost for people needing to fend off colds and fevers.

Rose jams and jellies offer sweetness and vitamin C to boost children’s immunity to the everyday ails found in most daycare and school institutions.

Rose water is added to ice cream and cookies in the Middle East to give added flavor.

Chinese apothecaries are among the few practitioners who still use this remedy for stomach ailments.

As all things go full circle, scientists harkened back to a more intuitive time and are testing rose and rose hips in the treatment of some cancers.
Posted by Kate OMara at 8:21 AM No comments: 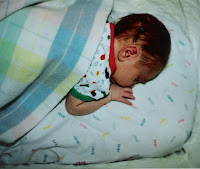 At the turn of the 20th Century, 95% of US women birthed at home, attended by a doctor or a midwife. By mid-1950s approximately 1% of women birthed at home. During the 1970s a home birth revival movement began with women realizing that births, in fact, most births don’t require hospitalization.

In the second decade of the 21st Century, a growing number of women are staying home to birth their babies. So many that the movement has reached main stream media. One news source recently reported a 20% increase in home birth.

As any woman who have had a baby in the hospital will tell you, the experience is turned into a medical procedure with clinicians coming & going, medical intervention (and increased insurance billing) just moments away regardless of the situation.

Women are questioning the medical involvement in birth and many are choosing to forgo the unnecessary procedures for a natural birth. The best way to insure the least amount of medical intervention is to skip the trip to the hospital.

Certainly this is not a promotion for risky behavior. If there are complications involved, by all means get the help needed. But be aware of the statistics.

C-sections are more likely to happen in the hospital. Depending on the particular hospital c-sections are 30 – 60% of births. Home-births with complications requiring transport and c-section are 3% of births.

Attendance in a hospital is often the floor nurse and the on-call physician unless you keep a appointment with a scheduled birth. You’re likely not to know anyone in the room behind the many masks that come and go.

With a home-birth the midwife attends the mother until & through the birth. In most cases, unless there an another birth, the midwife stays for a while after the baby arrives to insure a good start for mother and baby.

As for this author:

Three of my four children were born at home. I believe each woman needs to educate herself to decide how she wishes to birth her babies.

I had a horrible and completely unnecessary c-section experience in 1981 at age 18. When I found I was pregnant in 1991 at age 28, I did my homework & decided to have my baby at home. It was difficult to find a midwife who would help with a VBAC but well worth the research and interviewing. There was no comparison between the two experiences. So it was easy to decide to have my subsequent children in the comfort of my own home.