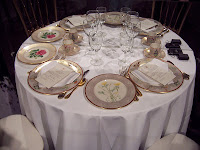 It’s a small but cozy apartment. The overstuffed furniture fills the room. Center to the great room is a small table set for two.

White linen table cloth with two formal place settings, frame the centerpiece of roses and baby’s breath. This is the setting of a romance and proposals.

His impeccable suit complete with a white rose in the lapel confirms the special evening. Her formal velvet gown complete with sparkling diamond earrings and necklace accent the outfit with perfection ensures she knew this moment would be special.

As they had agreed, on the count of three… and as the blood drips onto the floor, they reach and touch each other’s hands one last time.
Posted by Kate OMara at 1:41 PM 5 comments:

A Place to Write 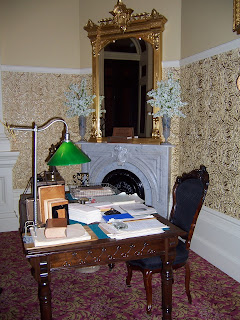 How important is the place you write? Is the place in your head? Is it an office? Is it a hotel room?

Discovering the how the process of writing happens for different writers can leave a new writer confused. Where does this thing called writing happen?

For Ernest Hemingway: he wrote much in hotel room, a fresh place with the solitude of anonymity.

For AA Milne: he wrote his beloved tales in his office.

For Oscar Wilde: his plays were developed in the parlor of various homes. His most productive times were when he went to the country.

For Virginia Woolf: of course, she required a room of her own.

For JK Rowling: Harry Potter came directly from the local coffee shop and later episodes from her mansion.

In the end, writers need to write where they are comfortable and have the ability to concentrate, imagine, formulate, and create. Fascinated with the process of writing, I wonder: where do you write?
Posted by Kate OMara at 11:22 PM 1 comment:

What type of writer are you? 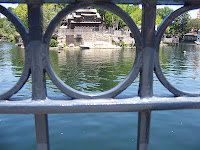 Writers, or storytellers, develop stories to fit the need of the audience or the need of their soul. The two types of writers come to the process of writing in different ways. Over the course of time, these writers use skills from both bags of tricks to keep their stories fresh and flowing.

Passionate writers write in fits and spurts. In general their work may or may not be in a genre but they all tell us that the story tells itself, or they listen to the muse.

Business writers write daily. They write what they estimate will sell to the audience.  Business writers are often monetarily successful but don’t create beloved stories .
Blending the two types of writing creates the money to survive and the joy to continue to write inspiring stories and pieces.

So where do stories come from?

The passionate writer wakes with a story and sits down to write usually before they even eat breakfast. The business writer sits with a plan and outline incorporating sales trends into the character choices.  Both writers are inspired and seek to fill the niche the reader seeks to find.

Inspiration: Write Every Day is a helpful daily read that is meant to be a record of thoughts and story ideas which creates a personal log for those times when the ideas aren’t flowing but the deadline still looms.
Posted by Kate OMara at 7:46 AM 3 comments: 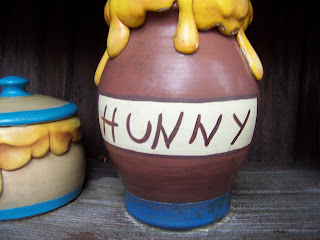 When my kids were little they were allowed a treat at the market if they were good throughout the store. Their good behavior was regularly rewarded with a honey stick. The straw honey holder was just enough sweet to encourage the best behavior and it was good for them too.

Local honey helps acclimate the human body tot he flora of the area. Eating the honey made from local pollen and becoming allergy resistant during high pollen days are directly related.

Pooh Bear has it right when it comes to Nature's sweet goodness. Honey is also an ingredient in medicines. It's also significant in many religions.

Honey is the produced by bees as they use the nectar to create and store the food source for the hive. The bees make honeycomb then fill the cell with honey from the pollen/nectar they're gathered from flowers. Beekeepers are masters as retrieving the extra honey from the hive to provide honey for humans and still sustain the bee hive for future production.

Honey as a medicine has been used since the beginning of human medical treatment. As a syrup, honey treats stomach troubles and indigestion. It is also an ingredient is salves and other topical treatments for wounds and burns. There is an antibacterial property that explains why these ancient medicines do work.

Venerated by the Hindus as a one of the five elixirs of immortality. Buddhists tell of the legendary monkey who brought honey for Buddha to eat. Jewish tradition calls the Promised Land, 'the land of milk and honey' and  Jews also include honey in the Rosh Hashanah celebration. Christians include honey in the story of John the Baptist who was sustained in the wilderness on honey. The Prophet Muhammad included honey in the list of healthy foods.

The National Board of Honey http://www.honey.com/nhb/ has an extensive website with a honey locator, a honey blog and recipes!
Posted by Kate OMara at 10:46 PM 10 comments: