The Birth of Satan: Tracing the Devil's Biblical Roots by T.J. Wray


The Birth of Satan is a fascinating historography of the development of Satan, and why we need him to make life and death make sense.

Authors Wray and Mobley were raised in religious homes with similar cultural beliefs about good and bad, right and wrong, God and the Devil. Their experience with otherworldly beings, influenced by popular culture lead them to team up because they had one strong belief in common, a belief in the Devil.

They writing team brings the reader into their fascination with the Devil at the beginning because In the beginning there was no devil, it's only in later interpretations that the Bible develops the anti-God into Satan. The development of hassan into the Devil is systematic and incorporates the cultural contact of Biblical authors throughout time.

Apocryphal writings as well as medieval interpretations influence our current cultural believes that now include the writings of Steven King and inclusion of Urban Mythology.
Posted by Kate OMara at 4:55 PM No comments: 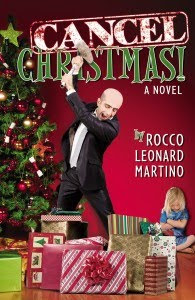 December 25th or that last Saturday in December, what difference does it make what day we celebrate Christmas? To Mr. Timber Bleakheart, President and CEO it makes a lot of difference, $100-million to be exact. Cut the cost, increase the profit, there’s a business to run and the world’s richest list to climb!

We enter the world of Timber Bleakheart, confirmed bachelor who has taken his father’s company and made profits soar. He’s put competitors out of business, laid off 10% of his work force to control his remaining employees through fear and intimidation and now he wants to Cancel Christmas. Accustomed to getting his own way, no matter what, he sets out to increase his company revenue by $100 million per year. He’ll smash Christmas, just as he destroys everything that he deems a problem or obstacle in his quest for more riches.

Surrounded by employees who suffer inner turmoil just to keep their jobs, Timber Bleakheart is completely unaware of the unlikely pairing of General Council and the President’s Assistant who come together first idealistically, then romantically. We see the good people coerced into helping their greedy boss despite their supposed convictions in order to save their already low paying jobs.

With money as a motivator the campaign is on, compelling Senator Christian to support his position in the Senate, Timber Bleakheart garners favors as the senator’s major campaign contributor. Add a lobbyist extraordinaire and a marketing firm who focus on their own interests without care to the possible outcome should the campaign to Cancel Christmas succeed, together make up the cast of characters of this intriguing Christmas story. The overwhelming sentiment from these powerful men in media and government is expressed by the principled lawyer:

“The people don’t count. Even if they care, they just don’t bother, knowing that nobody is going to listen to them anyway. Congress certainly doesn’t care about the people. They care about being reelected.”

Characters flirt with dangerous ideas comparing American media techniques with the Big Lie theory espoused in Mein Kampf, sacrifice the many for the benefit of the few and other seditious views. Changing the observed date of Christmas would be more equitable for the non-Christians who are required to take-off a Christian holiday but observe their own religious holiday on their own time. Merchants would benefit with extra shopping days before Christmas and of course, business would have fewer disruptions in the last quarter of the year. Clearly, the plan is a win-win all the way around.

The romantic excitement coupled with the moral dilemma keeps you reading to find out can they actually cancel Christmas? It looks like Timber Bleakheart may just get his way on this too, then an unpredictable turn of events changes absolutely everything.

Not wanting to spoil the ending, readers will be left to think about the plot and how this might change how they relate to others in difficult economic times. When even the little things make a difference that can amount to millions of dollars, ethical decisions have far reaching ramifications. Who has the courage to fight for their beliefs?

If You Have Teens, You Should Be Laughing

Delightful teens are a product of years of dedicated, thoughtful parenting. It matters not what background you come from, the parenting you have done with your own children should be progressively better. If not, you may be experiencing rebellious, difficult kids.

The fruit is the proof of the tree’s goodness. Are they sweet, inquisitive, and fun? Are they sour, dull and a drag?

How to handle a crying baby? Pick baby up, love baby, care for baby or let baby cry itself to sleep?

How to handle an energetic toddler? Direct toddler, involve toddler, play with toddler or restrict toddler or worse, punish toddler?

How to handle the endless questions? Answer them, Explore, Learn or Refuse to answer, verbally or physically snap?

How to handle teenagers? As any parent of teens knows you’re done handling kids and gentle guidance into adulthood should be the order of the day.

By the teen years the good or the bad parenting you’ve done has made its mark. Parents are either saying: Can’t wait until they leave or Gosh, they really challenge me to be a better parent in the most fun ways.

If you’ve got teens and you’re not laughing at the funny things they say, the silly mistakes they make and inspiringly naïve ways they look at the world, don’t reject them, there is still time to do better.
Posted by Kate OMara at 11:55 AM 1 comment:

Worst Christmas Since the Great Depression

It’s a sad state of the nation when people willing to work are forced to work for less than it costs to survive and on their day off, have to stand in line with below freezing temperatures to get bread & ramen noodles. We're not even talking about people who have lost everything, because they've stopped being statistically counted.

But where’s their Christmas spirit? After all, there are all those tax incentives if they’d only buy a house. Then they’d buy all the things you need to go with a new house and a new car and a new wardrobe and CDs and movies and books and toys and jewelry and greeting cards and go out to eat at restaurants and take vacations and send gifts to friends and get new luggage and redecorate their house and go to plays and musicals and build a pool or a hot tub, have parties and you know, have a life.

Haven’t you seen all the commercials, the marketing, and all the pretty holiday advertising? They come to get you on the Internet. Search for “coat” and clothing company catalogs will show up in the e-mail, pop up ads will abound. Look up real estate and have coincidental marketers call your home for a free market analysis.

Can’t you tell that the man at the top is stomping his foot. It’s not Chris Crinkle, it’s the billionaire wishing for his Christmas thrill, to reach a Trillion.

Come on people, get with the program.
Posted by Kate OMara at 4:43 PM 1 comment:

Wind In Her Hair

When she was in 6th grade, there was a race. It was the first time in the history of that school that boys and girls ran together. The coach was thrilled when girls signed up to run. With the preliminary races complete, it allowed him to show the demographics and how entirely equitable the program had become. It meant more money for the school and more money for himself.

The girl was happy when she ran. She felt free. She felt good. She laughed as the air pushed her hair out behind her. Running was joy.

The girl looked at the coach. “That’s not right.”

The boys laughed. They thought they had won. Culturally, perhaps, but in the larger scheme of things, they were the big losers.

Until the boys make amends, she decided to not run with them again. At any time she could run with them. But until the time when they make it right, she runs for herself. She’s free and she loves the feel of the wind in her hair.
Posted by Kate OMara at 1:39 PM No comments: