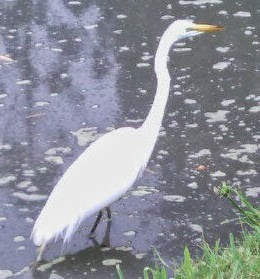 Growing up in the desert I missed much of what the rest of the region enjoyed as daily life. As an adult, I've been fortunate in that I've found time to enjoy abundance that is found even in the middle of the city.

The river that runs through the county meanders between neighborhoods, flowing under bridges, roads, and freeways. A trail follows along the south or east side of the river.

Walkers, bicycle riders and skateboarders chat with companions or listen to their players seeming to ignore the nature that reveals itself to them along the water.

Phenomenal varieties of birds and other wild life go about their daily business, ignoring the humans as they pass by. It must be close to mating season when I noticed the large number of herons. Large heron, small heron, heron of different colors were all hunting, eating and dancing in the shallows.

Herons or egrets have a societal hierarchy. While I don't know much about the birds, I learned quite a bit by watching. One particular bird was king bird. He squawked and danced until he had several lady birds around him. He chased off any male birds that came near.

Other egrets in the group ignored the 'king' until he came near & took their prey.  After which the lesser birds hid their hunting and ate faster.

Each day brings joy and an opportunity to observe the world in which we live.
Posted by Kate OMara at 9:46 PM 2 comments: 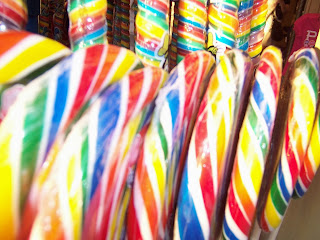 Since medieval times, people have enjoyed sugar on a stick. The modern lollipop came into existence in the early 1800s. With the civil war candy on a stick was available across the US. By the early 20th century, several companies produced hard candy on a stick.

Early 1920 - 1930s, the name lollipop was trademarked but more companies than ever produced suckers. Varieties included fruit flavors in a choice of colors.

The large circular lollipop became a representation of a happy childhood with regular references in comics and featured as a kid's delight in silent and early talking films.

Still a favorite, the large a rainbow lollipop represents the best of childhood and brings sweet memories to many generations. 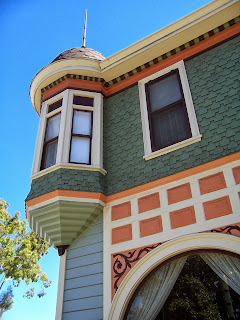 Dr. Willella Howe-Waffle practiced medicine in the late 19th and early 20th centuries in Santa Ana California. She graduated from medical school in Chicago in the 1880s and moved to California with her husband to practice medicine.

Dr. and Dr. Howe were primary care physicians.  Mrs. Howe, M.D. was a pillar of the community, serving most families in the community. She brought patients into her home to help them return to health. It was common for Dr. Howe to bring her patients to her home so she could be available to them. Patients stayed down stairs while the doctors and their family lived upstairs. Dr. Howe had an speaker tube installed so patients could wake her at night if they needed her.

Dr. and Dr. Howe had a Victorian home built in 1889. The family moved from Westminster into their new home.  The Howe family included two daughters, Lulu and Ethel. Dr. Howe lived in the house with her first husband  and daughters until Mrs. Howe M.D. divorced her husband in 1897 amidst a scandal. She later married Mr. Waffle.

The house was sold to another doctor after Dr. Howe’s death. By the 1940s, the house was turned into a boarding house. By the 1970s, the house was in bad shape and slated for demolition. The historical society stepped in to save the house. The house was moved from its original location to the corner of Sycamore and Civic Center. The Dr. Howe Waffle house celebrates the first woman doctor in Orange County.
Posted by Kate OMara at 7:49 PM No comments:

Don’t know what happened to the day 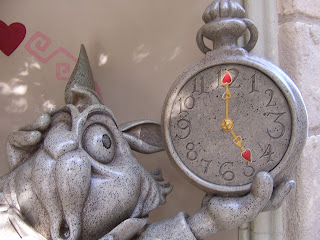 I’m out of time and I really don’t know what happened.
Posted by Kate OMara at 4:29 PM 1 comment: