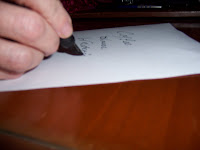 The Inklings met to discuss and read aloud the bits and pieces that would become some of our favorite literature. These heavy hitters met in the sitting room of the innkeeper at the Eagle & Child or the the Lamb & Flag pubs in Oxford England.

Imagine the fabulous conversations between these great authors. Mentioned by some of the other members were the sighs when Professor Tolkien brought a piece about elves again! Such was the sentiment about the crafting of his epic novels.

Comforted by the fact that productive writers encourage each other, I’m pleased to consider myself a member of such a group. Local to my area, the Coffee House Writers Group is my home base much like the Inklings were to some of my favorite authors.

Pleased I am with the banter of an honest critique. I’ve found that in spite of authors’ egos, there are some writers who thrive in the energy of other similarly creative writers. We’ve found that technology only enhances the connections between we who are 21st Century writers.

If you are a writer, or wish to be, find your nesting group of other writers who will encourage and critique your work. We need only look to the productive nature of the Inklings to see that there is value in bouncing ideas off other writers.

A small acknowledgement for a loved one or intended, sending greetings remains a heart-warming and lovely tradition. Have you sent your Valentine wishes today?

During the mid-1800s in the US, sending Valentine cards was the fashion. The small remembrance could be as costly or as simple as the sender wished or could afford. Amazing editorial accounts dismiss the holiday as a fad and call the sums of $100 per handmade greeting cards outrageous.

By the 1870s Valentines were mass produced and a growing tradition with love blooming with the expansion of the West and rebuilding of America after the war. With a profound awareness of the immediacy of love, the general population grew kinder towards those they held dear.

Handmade Valentines with real lace, painted scenes and hand-written text were popular at the turn of the 20th century. The time enhanced times are among historical archives featuring the positive aspects of the early century.

Contemporary card dealers and hand-craft workshops are found today across the country for the next generation to learn about card-making, tatting and the creative side to this otherwise consumer generated holiday.

Staying true to the spirit of the day remains the essence of theme: Romantic Love is to be enjoyed by participation in all the silly little traditions that makes life just a bit more pleasant. Hand your girl a flower from the bush outside the door or buy her the most expensive flowers in the florist shop, if she smiles that’s what it’s all about.


More information & thanks for the public domain photo: http://en.wikipedia.org/wiki/Valentine's_Day
Posted by Kate OMara at 7:43 AM No comments: 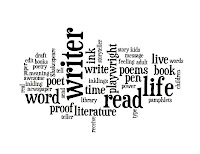 In the course of time, the Word manifested within the Storyteller. The Storyteller transmitted the message of the Word.

Words are dynamic, powerful, awesome. Playing with words is playing with fire, if you don't know what you are doing you can get burned. Playing with Words can lead to tragic ends: Ernest Hemingway, Sylvia Plath, John O'Brien, Thomas Heggen, Hunter Thompson, & Virginia Woolf. Even those who make it through the trial by fire and profoundly changed.

Dare to play with words, do you? If the Word is in you, the Word demands to be spoken, heard, written, and read.
Posted by Kate OMara at 10:22 AM 1 comment: