Science of Being and Art of Living 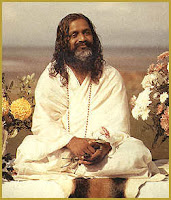 Open to those who wanted to learn to meditate in a most simple fashion, Maharishi set into motion the growth of a program of meditation not conflicting with any religion that serves humanity at times of great need. I participated in the first surge of meditation in the US, learning at the Santa Monica TM Center in 1974/5. The second surge is just as exciting, maybe even more because my vantage point of a long time meditator. I am truely excited for each and every person who learns TM.

Saturday, I met Tess. She's roughly the same age I was when I was introduced to TM. I told her what I've come to know if you meditate for over 30 years, you'll be much more aware of many, many things.

Maharishi often talked about the levels of awareness: consciousness is like the water on a lake with the top waves being the thoughts of which we are aware. Below the surface and into the depth of the lake are the deeper parts of the mind. Transcendental Meditation helps meditators access these depths available to every human being.

In the depths of the mind, just like in the lake, is calm/quiet but in access the deeper mind there is also increased energy, increased creativity, increased organization, and the ability to see more clearly our personal life path.

But how do you reach those depths?

The last century held a war of germs at the cost of ever increasing numbers of toxic chemicals. Some germs, bacteria, viruses died but some became Super Illnesses threatening the health of an increasing number of people. Hazardous for the elderly and young children Super-bugs are infecting athletes and others in locker rooms and public restrooms with fungus, bacterium and viruses.

One way to avoid a variety of Illnesses is to keep your environment clean.

Light Clean – Daily
Wipe All Top Surfaces
There are places such as public restrooms, offices and even some homes that only use this type of cleaning. They need to do more, really.

Deeper Clean – Monthly
A semi-large cleaning keeps the dust bunnies and cobwebs from collecting. This is the level of clean that gets noticed by guests and the public. Wipe Walls, Light Switches, Door Handles, Tops of Cases, Tops of Fans, et cetera.

Seasonal Clean – Quarterly
Inside and Outside Windows and Screens, Railing, Curtains, and Behind Appliances in this three-month cycle of clean. This is the cleaning that prevents build up of nasty toxins. While cleaning behind the appliances remember to vacuum the vents, this will extend the life of your appliance. Change vent filters in the heating and air conditioning system. If a loved one has allergies you may want to do this more often but a seasonal filter change keeps your indoor air cleaner, reducing pollen and dust. Change water purity filters too.

This is a great time to prepare a repair list too.

Comments
With the recession building management has reduced the number of cleaning personnel and it shows. Cleaning and maintenance should be a high priority because it reduces overall cost of health-care by reducing communicable diseases, and keeps public areas in better repair.

Historical Note
Until recently most Middle Class and all Upper Class Homes had one or more staff members because cleaning was a daily event. For larger homes it was common to have Upstairs and Downstairs Staff as well as Chamber and Scullery Staff.

Good Clean Health!
Posted by Kate OMara at 7:56 AM No comments: 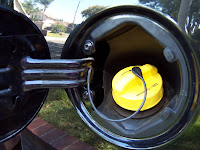 Current dormant acreage can be rotated to a corn crop rather than subsidized through USDA payments to farmer ‘not-to-plant’. This rotation provides soil nutrients as it is worked and turned, prevents top soil erosion and makes a fuel that burns cleaner than fossil fuels. Could this be an easier choice?

E-85 is now available at less than 3,000 gas stations across the US. It is a primary fuel in several European countries including Sweden, Ireland and Italy. If US consumption rises not only would the fuel be available at more stations, the price should go down as the production quantity goes up, making E-85 even more attractive to the consumer.

E-85 is an alcohol fuel made from non-edible corn plant or whey, the waste, by product in cheese production.

Reports online show the fuel miles per gallon is reduced when compared with fossil fuel. But the important part for consumers is the price per gallon which is less. With zero added cost to the consumer adding in the improved air quality, the decision is a no-brainer, E-85 wins!

Not only is E-85 better for the consumer and the environment but a boost for the economy as well as rising production levels will increase alternative fuel production jobs right here in the US.

In trials gas consumption seems to be related to driving habits. If you are a responsible driver, you’ll find nearing similar mpg (miles per gallon) with E-85. If you are heavy on the gas or ‘Ricky Racers’ with excessive speed or stomping on gas to brake and back again, then your over all fuel economy will be reduced. Some of the anti-E-85 articles on the web are skewed to show the fuel economy ratings toward an erratic driver rather than easy-going driver. In other words, the worst-case scenerio is stated as the probable fuel milage.

E-85 reduced emission toxins including Benzene, a known carcinogen. E-85 increases acetaldehyde which is found in exhaust and cigarette smoke. Studies are in progress to find the ratios and related risks to the acetaldehyde emissions.

Easily, the answer is NO.

Is E-85 an alternative to fossil fuel?

Can E-85 be less costly than fossil fuel?

Clearly, E-85 is a step in the right direction for cleaner air at a better price for everyone.
Posted by Kate OMara at 6:21 PM 1 comment:

Confucius Jade: the story begins in Kunming, Yunnan Province, China telling the story of the Kong family, descendents of Confucius who lived five hundred years ago. The family’s story recounts bravery, and tragedy as they move for better opportunity. They follow the jade trade routes only to loose half the family along the way.

Jade is a desired commodity. Wan Yi is a jade carver who finds himself in an unusual position having carved using mystical ways, the representation of Shou-Xing, the Chinese God of Longevity.

Frederick Fisher, a gemologist is the author of this unusual tale of intrigue. His knowledge of China and the gem trade not only makes this story interesting but gives the reader insight to another world.

Once started, I could hardly put the book down and couldn’t wait to get back to it to find out what happened next. It was an honor to read this book and a delight to recommend it to people who are interested in gems, China or simply reading a great story.
Posted by Kate OMara at 12:03 PM 1 comment: 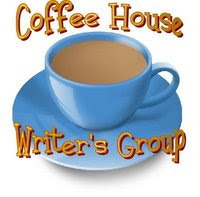 I: We’re here today, in your home. I want to thank you for letting me interview you. We’re going to be talking about the Coffee House Writer’s Group. You are the founder.

I: Can you tell me a little bit about Coffee House Writer’s Group?

CMB: Well, my inspiration came from looking for motivation to write personally. Nothing out there really motivates me to write more than people and reading my writing to people. So I figured I’m going to go out there and find people who would like to listen to me read and that there are writers that would want to have others listen to them. My whole idea was to have maybe 5 or 6 people meet on a weekly basis.

CMB: I stumbled across meetup.com and I did some investigation of writer’s groups. I went to a couple of them. I saw thing I didn't like and things I liked. So I took the things that I liked and I created this group.

I: So this is a group for writers who read to each other and then?

CMB: And then we critique. We talk about the writing and we give our opinions. I make it clear to everyone that comes that it’s important to give honest critiques so that the writer can take the information and learn from it. They can take the critiques that work for them and leave the rest. So the writer can improve the piece they're working on. Nobody is there to hurt anyone’s feelings. And honestly, that really hasn’t happened. We’re all adult about taking the criticism and it being constructive criticism.

I: Very good. When did this start?

CMB: I started investigating other writer’s groups last year. As a New Year’s Resolution I just jumped in. I thought, “Okay, I’ll do it.”

CMB: I love coffee and I love the idea of meeting in a coffee house. The place I had originally picked was a coffee house. So really it was simple, I made the logo with a coffee cup, added the name, Coffee House Writer’s Group.

CMB: I didn't know this but Meetup.com jump starts new groups by sending out invitations to people who have said they want information in a certain category. So I selected writers, screen writers, poets as tags for the group. There may be 20 different tags for the group. So what happened was they sent an invitation out to all the people that said they were interested. I probably had, within four or five days, there were 45 people who joined.

I: You’re nine months in now?

I: How many people do you have now?

I: When do you meet?

CMB: It started on Thursday nights. There were a lot of people that couldn’t make it during the week. So we decided to also put a meeting together on Saturday afternoons for people who live farther away that don’t want to fight the traffic during the week.

I: Tell me about the competitions.

CMB: The competition is a writing prompt competition where the contestants get the prompt when they arrive at five o’clock or five-thirty, so they have 60 -90 minutes to write about the prompt. At the end, they read what they’ve written. Then the contestants vote by private ballot, but they can’t vote for themselves. The ballots are counted to find the winner. The prizes are $20 gift cards from Barnes & Noble, Boarders, Starbucks, or other store card. The gift cards are donated by businesses and in return they have a sponsor ad on our website.

I: So your sponsors are local business people who support the writers in this area.

I: Coffee House Writer’s Group is obviously growing. What are your plans for the future?

CMB: Everything that I see is going to happen at some point. Right now, there are a lot of ideas for a writer’s retreat and to do things together as a group; going to a murder mystery dinner or doing a radio blog show for the group. The idea is to have a meeting for people who live too far away and can’t come to a meeting. The reading could be done on the radio and they can be home in their pajamas. They could be on their home computer and we could have an online meeting. That’s very cool.

CMB: Another thing that I see is that this grows into a non-profit organization that helps support writing in high schools. There will be writing competitions for high schoolers and have the prizes be a $200 or $500 scholarship toward their continued education. The Coffee House Writer’s Group will be the judges or mentors.

CMB: One of the members just said that he could see himself mentoring kids that are really into writing. He suggested workshops where members can work with the high school writers partnering on projects.

I: Wow! You have big plans.

I: I just want to thank you for giving me your time to tell me about Coffee House Writer’s Group. I’m sure we’ll be meeting again as the group grows and grows.